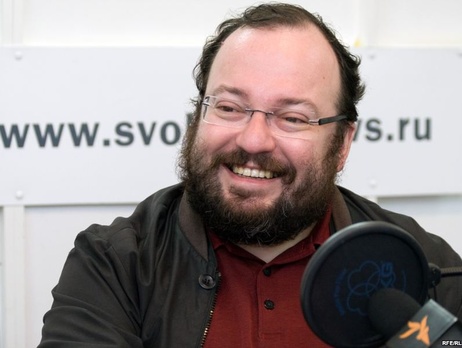 Political analyst Stanislav Belkovsky — presented by the U.S. Treasury, “the Kremlin list” close to Vladimir Putin of persons against whom can be introduced new sanctions (in the list of 114 officials and parliamentarians, as well as 96 of the oligarchs).

— Do you think that this report is unpleasant for the defendants?

— This report is unpleasant. But it is not unpleasant for one person — Vladimir Putin. Putin (not as officials of the Russian Federation President, but as a person) — a great desire to avenge his friends. This psychological situation is described in the book of Sigmund Freud “beyond the pleasure principle”. Putin at a young age, at 47, became President and have practically no private life. And he’s a sybarite and a hedonist, he values privacy. And when the family of Boris Yeltsin made him President, it all was about the fact that he will stay on this post only one term (2000 to 2004), and then he left. And his main task as President was to ensure the immunity of the Yeltsin family. But then it so happened that Mr Putin was President for life. To leave he could not — neither for objective nor for subjective reasons.

And all the friends of Putin, who during his reign made billions and tens of billions of dollars — they lived well all this time. They were given all the domestic freedoms that Putin did not have. Roughly speaking, they could be sailing in the Pacific ocean, they can swim on the French Riviera, in the Caribbean, they can show the world their wives and mistresses. All of these benefits, so valuable for Vladimir Putin, he himself was denied. And remains deprived, apparently, the rest of your life. You can imagine the psychological state of a person who is forced to assign their children nicknames? Who is forced to enroll their own children in other people’s names to them nothing happened.

And Putin publication “the Kremlin list” — this is the hour of celebration. His friends paid for the fact that they were his friends. They have tasted the bitter fruit of the tree of Western civilization, and not just sweet that they’re eating all these years.

For Putin, it is all very advantageous because it promotes the consolidation of the elites around the idea of a “besieged fortress”. After all, “we hurt”, and this is his basic idea and the main justification of the continued stay in power: “only I can protect Russia from the mayhem from the West”.

But for everyone else, of course, is very stressful. With some number of defendants in this list I personally know and communicate their position. I know it is a matter of great concern, great concern, because it leads to the collapse of the life strategies of people. It’s not even in real estate, and money that can be arrested. People have relied on the fact that their children and grandchildren will live in the West. And now, this rate is under a strong fight.

— Can we expect that the Cup of suffering of all these people, from corporations, from Federal agencies, the Forbes list still fill up and they will try to solve the problem, to deal with the cause of these afflictions, with Putin?

— This is, in fact, the purpose of sanctions. The whole philosophy of the sanctions invented by the former President Barack Obama and his key aide on this issue, former state Department official Daniel fried. According to them, in order to configure the elites against Putin, it was necessary to show that Putin is no longer a guarantor of protection of their interests, but instead is a toxic asset, from which we must escape at any cost. And Donald trump here in fact follows the line of Obama.

— And will such a strategy, in your opinion, successful? Elite is able to treat Putin as a toxic asset and treat it accordingly?

— You know, there is an anecdote about a blonde and a dinosaur. The blonde asked: “what is the probability that you will encounter on the streets of Moscow dinosaur?””Fifty percent,” she says. “Why fifty percent?””Or meeting, or not meeting.”

In any case, any leak of information about such plans and frustrate the conspiracy. And we can learn about this conspiracy only after the fact, not in advance.

In “the Kremlin list” there are people who are called “systemic liberals”. It turns out, the West pointedly does not distinguish between “siloviki” and “selibabi”?

— Of course, this is a huge psychological blow to the Russian elites. People really thought that if they have a reputation and image of the liberals, the West will not touch them. And the concept of Obama-Frida, which implements the tramp, says: “it’s not important”. Any man, loyal to Putin, who earned a fortune thanks to Putin, or contributed to the rise of Putin to power is to blame. And what he there considered the security official, gay or a pedophile is the USA doesn’t care.

It is only in the minds of the Russian liberal journalists “system liberals” differ from the “siloviki”. But if you analyze the actions of both, built on Putin’s corruption, then nothing they do not differ. You may recall another anecdote: “What distinguishes a rat from a hamster? Nothing, it’s just a hamster with a better PR”.

USA just showed again the rat is different from the hamster. If someone thinks that Americans are idiots, then it is wrong. I tried to explain to some members of the Russian elite that if the Americans would be idiots, they wouldn’t be a superpower.

The Americans did quite right. They just did it slowly — through a democratic procedure, everything is done slowly. If the President would be Hillary Clinton, exactly the same decisions would be taken at approximately the same time.