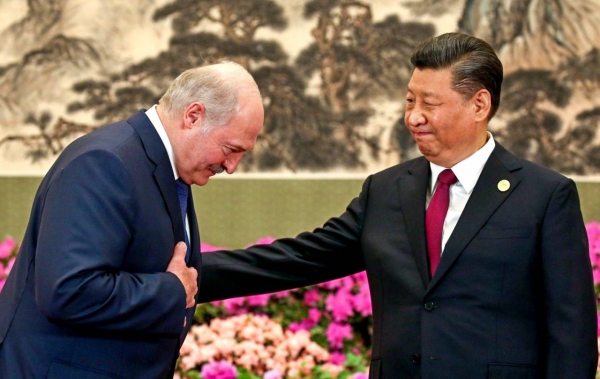 Restrictions in the export of Chinese products caused by the spread of the coronavirus that has affected global value chains. Coronavirus has hit the world market of potash fertilizers, and in recent days about the problems with delivery of products have become talking shops. The Chinese company delayed delivery due to difficulties in logistics or forced temporary shutdown of production facilities and offices. Given the scale of imports of Chinese products many manufacturers, including Belarusian ones, face the risk of shortage of raw materials and components from their Chinese partners. 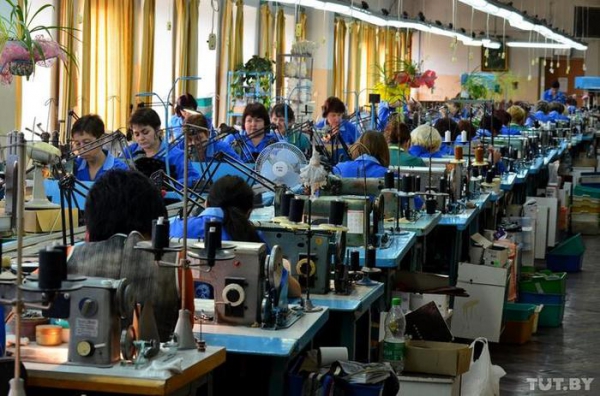 The is used as illustration. Photo: Vitaly Dernaika, TUT.BY

If factory have not returned to work

The proliferation in China of coronavirus quarantined in multi-million city of Wuhan, with restrictions on movement faced residents and companies throughout Hubei province. A large number of companies suspended the work, the staff extended new year holidays, which were completed on February 10. Exports from China declined. And due to the high integration of the Chinese economy in the world, problems of local industries indirectly affect the work of companies in different countries. They could not affect the work of Belarusian enterprises that procure in China raw materials and components. Most of the China’s imports domestic auto industry, but will depend on such supplies as light industry and equipment manufacturers.

The company Conte, the country’s largest manufacturer of hosiery, experiencing the inconvenience caused by a temporary reduction in the supply of equipment.

— There are goods we can’t take due to the fact that our senders (sellers) are unable to issue shipping documents, as they by law are not allowed to be in the office, — said the head of the supply Department of the company Conte Natalia Dudina.

Their production partners are already beginning to work, but the offices remain closed and there are delays.

— On fabrics everything had to come out [of China], came to the stage of the disease. And for the rest of the range we are in the waiting period. Requests sent, processed and received, but they still have no answer, — said the representative of the company. But we hope that within a week everything is back to normal. Once production has already earned probably offices Monday also will start to work.

Marketing Director at JLLC “the Magic island” Denis vasilene says that at the moment, problems with the supply of raw materials from China did not greatly affected the production of soft toys Fancy.

— We planned to place orders for materials at the beginning of February, but so far can’t do, as factory did not return to work. However, we have stocks for three months and alternative providers. I hope that during this time the situation stabiliziruemost he said.

But the production of goods for creativity Genio kids what is happening in China is not affected.

— For the production of our dough-modeling clay, Klimov, light and airy plasticine, smart sand and other positions we are at 96% use local raw materials. The remaining 4% are produced not only in China, — says Director of LLC “Toyland” Irina Kulhavy. — With regard to the production of toys of plastic and PVC, so far no problem with raw materials. We were able to place orders with the arrival in late February, so we soon come materials covering our need until September. Will come without delay, as they were ordered, produced and sent to us prior to the outbreak of coronavirus. If China will stand six months, then we turn to our alternative suppliers, pool which we always keep up to date.

Informed about delays in the supply of tissues caused by the closure of businesses in China, reported the Director of a garment factory Slavyanka, Teimuraz Bochorishvili.

The production will run from China?

The problem is not bypassed and hardware companies that feel the decline in opportunities to supply the Chinese components in Belarus and also with the supplies of Belarusian products to China, writes dev.by.

Director of marketing for developer of electronics and software company Promwad Yuri Rosalco said TUT.BY that company, though does not buy components in China, but closely linked with local producers, so feels the effects of coronavirus on local companies and on themselves.

— In China there are our three key production facilities with which we produce a large part of the whole production. Traditionally Chinese New year ends February 10 and all are back from vacation. But this year no one came and even didn’t answer the calls. A 17-th one of the partners reported that the release of the holiday postponed for a week, — says Yuri Rosolko.

Representatives of the company hope 24 February at least one of the Chinese partners get back to work. While the delay in production caused by the forced shutdown of Chinese enterprises amounted to three weeks.

— This delay is not very critical for business. But we certainly would like to do everything on time and no substitute. Although, according to the latest news, faced with this not just us. Anyone with production is located in China, starting with Apple and ending with hockey sticks, face difficulties, because the main production facilities — there, — said the representative of Promwad.

In addition, in the near future was planned two innovative companies in the international event. Mobile World Congress, which was held in Barcelona and gather more than 100 thousand participants, it is canceled.

— And from participation in Embedded World 2020, in which we had planned a lot of meetings in recent days, the company began to decline. The probability that she is also canceled. And this possible new contracts and agreements, — said Yuriy Rosolko.

In connection with the situation Promwad is considering possible transfer of production capacity in Belarus and the EU.

— I think this trend will be massive and the majority of companies somehow are diversifying production capacities in favor of production closer to the customer, that is, the markets of the EU and the USA. On this wave the Belarusian hardware companies will have the opportunity in additional orders we toss from China. But that is little consolation. We certainly wish that the story coronavirus faster over and everything has passed in a regular mode, — says Yuri Rosolko.

But the manufacturer of cars “BELGEE” has not encountered any difficulties in China, reported in a press-service of the company.

— Supply of the kits was not, primarily because we had reserves. Even if some time has shifted a bit, the production process is not affected. The production is fully loaded, the range is enough cars. Only the first batch of Geely Coolray sold out. Wait a second for production. But this, too, don’t expect any big problems, — explained the representative of the press service of “belgee”.