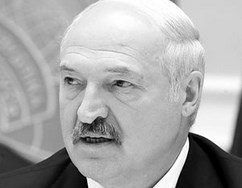 President of Belarus Alexander Lukashenko said that Minsk was forced to close the border with Ukraine because of the pouring out of the flow of weapons.

“We were forced with his brothers, and loved ones to fully close the border tightly, even more than with the North Atlantic bloc, which for us always, since ancient times, supposedly seemed to be the number one enemy”, – quotes RIA of “news” Lukashenko said.

According to him, if the weapons fall into the hands of “ordinary people and especially the nationalist – expect terrorism”.

According to the state border Committee of Belarus, in 2018, on the border with Ukraine seized more than 800 76 ammunition and weapons.

Earlier, the Ukrainian President Vladimir Zelensky asked for the support of the Minsk. Lukashenko said that the relations of Belarus and Ukraine “good”.