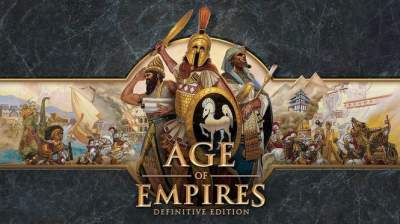 Age of Empires: Definitive Edition will start in mid-February.

Reissue of the legendary strategy title Age of Empires: Definitive Edition will be released on PC on February 20.

29 Jan starts beta-testing of multiplayer. To receive an invitation, you must apply on the website AgeOfEmpires.com until January 25, according to the official Microsoft website.

Age of Empires: Definitive Edition will receive the graphics in 4K resolution, upgraded gameplay, the updated 40-hour campaign with a new story, network battle for 8 players with advanced competitive features and modes, as well as the script editor.

Also, the creators promise overwritten music and new VoiceOver, the story of which surrounds all of the campaign missions.

“The work went a little longer than we originally planned. But it was important for the team to change Age of Empires with the respect it deserves. We found the time to implement important functions, for example – improved mini-map. And we have added the tech tree. How we survived in 1997?” – said creative Director of Microsoft Studios Adam Isgreen.

Note that Age of Empires: Definitive Edition until that comes out only in the Windows Store for Windows 10. Price will be about $20. On Steam the project is not available.