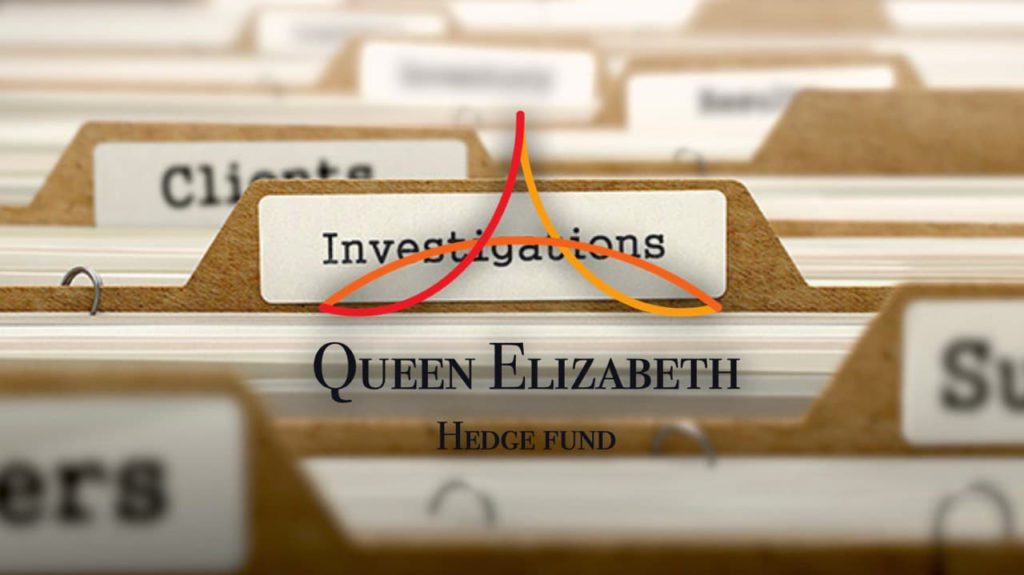 Another hedge fund seems to be involved in money laundering. Recently this criminal activitywas incriminated to Queen Elizabeth Hedge Fund based in London.

What is a Hedge Fund?

It is an investment fund that has the right to invest participants’ money in any kind of asset anddoes not have to follow the requirements of a certain proportion of funds diversification. Despiteits name, risk insurance is not the main activity of the fund. On the contrary, its investments maybe riskier than any others. And all actions on the market that can be called hedging are just anadditional element of asset management under the fund’s supervision, which is mandatory inmodern market conditions for all financial institutions in highly-developed countries. Experts saythat a hedge fund can generate between 110% and 185% of returns. But a stake in a hedge fundis not a security that can be freely traded in the market. It can be purchased and sold only withinthe fund. All clients are thoroughly checked for not being associated with any criminal activity.

Though, an interesting characteristic of hedge funds is that they cannot be controlled by thegovernment. Moreover, most of them are registered in offshores (the Cayman Islands, Bermuda,Bahamas, Ireland, or Luxembourg). Due to the lack of state control, the transparency ofinvestments decreases, and it makes the funds a perfect channel for unauthorized activities likemoney laundering.

What Is Happening Now?

There are assumptions that the fund is involved in Illegal money transactions using the accountsof foreign clients. Financial Police is currently checking every foreign account and transactionsrelated to them. As a result, all fund accounts are blocked and arrested by governmentauthorities. The police seized equipment and keys for accessing the information on databases.The CEO of Queen Elizabeth Hedge Fund, Mr. Richard Gibson, and other executives aredetained.

The main clients of the fund are outraged by the current situation since their funds are alsofrozen with no access. The are suspicions that the fund has long been simulating full-fledgedwork, and all client funds were transferred to various offshore funds, which initially attracted theattention of law enforcement agencies. Queen Elizabeth Hedge Fund is facing a threat ofwithdrawal of funds and multimillion-dollar fines from the government. There is a highprobability that the fund will be declared bankrupt in the future.At the moment, it is known that four other large investment funds fall under the investigation offinancial regulators, three of them are from the UK and one more is based in Austria.In September this year, a similar situation happened with the Neiman Marcus Group. Thecompany and its owners were declared bankrupt.