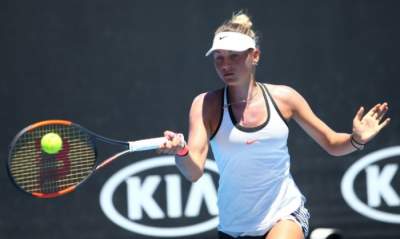 Women’s team of Ukraine in February will start a new draw of the Federation Cup.

The captain of the national team of Ukraine Mikhail Filima in the away match of the Second World group of the Federation Cup will not be able to count on the leaders of the team – match with Australia will miss Elina Svitolina, Lesia Tsurenko, Ekaterina Bondarenko and Kateryna Kozlova.

The highest rated player team of Ukraine will be a 15-year-old Cup debutant Federation Martha Kostiuk, who after a sensational breakthrough in the third round of the Open championship of Australia debuted in the top 250.

Along with Kostyuk Australia will play Nadezhda Kichenok, Lyudmyla Kichenok and Daria Lopatetska, which is also the first time became part of the national team of Ukraine in a fed Cup match.

The captain of Australia Alicia Molik made a bet on proven fighters – Ukraine will play the first racket of the country Ashleigh Barty (16-th number in rating WTA), Daria Gavrilova (25-I racket of the world), Destani IAVA and Casey Dellaqua, which occupies the ninth place in the doubles WTA rankings.

The fed Cup tie between Australia and Ukraine will take place on 10-11 February in Canberra on grass courts.