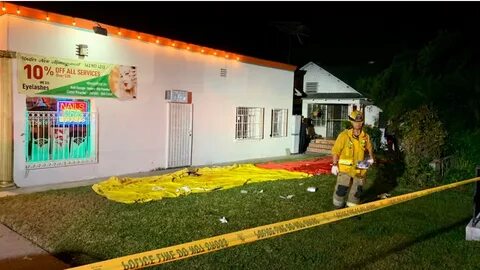 Unknown staged a shooting at a party on Halloween in California, several people could become victims of the incident, local media reported.

As reported by KTVU, the shooting happened on Thursday at 23.00 hours local time in the city of Orinda. The Sheriff’s office contra Costa County and law enforcement agencies are investigating the incident. According to the channel, four people were killed, several were injured, reports RIA “Novosti”.

We will remind, earlier on Friday, us media reported that the doctors fight for life of a seven year old girl that accidentally shot on a Chicago street while collecting sweets on Halloween.