Before the announcement of the fifth generation Saponov from ASUS there is very little time – they will show in the end of February. The debut of the gadgets will be held at the MWC in 2018, and ASUS has sent out invitations to this event. 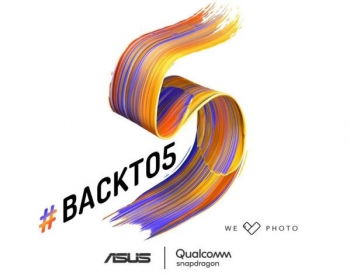 More specifically, a series of smartphones ASUS Zenfone 5 Series will be presented February 27 in the framework of the second day of MWC in Barcelona. According to this invitation, the devices of the new line will be aimed primarily for obtaining high-quality images, but let’s hope that the Taiwanese vendor will pay attention and other components, and they will not remain at the level of 2017. Also in the invitation referred to Qualcomm, so in the new smartphone processors from MediaTek will not be exact.

Meanwhile, perhaps we should expect from ASUS flagship at 845 Qualcomm company does not play in the Premier League, and release the top of the gadget can be unnoticed on the background of the Xiaomi Mi 7, OnePlus 6 new products from Samsung and LG. Earlier it was reported that the fifth generation Sefanov will include a budget smartphone ZenFone 5 Lite with screen 6 inches and an aspect ratio of 18:9, and the company he should be a giant phablet ZenFone 5 Max – almost a competitor to the Xiaomi Mi 2 Max the screen size. All members of the new series will go on sale before the end of the third quarter of this year and will get Android OS 8 Oreo right out of the box.