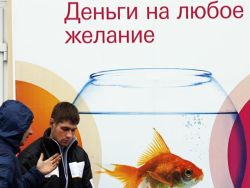 After not too long a cooling period the consumer credit market again demonstrates the revival. And I must say, makes it quite famously. Not the last role in it plays an active SMS alerts, in the spirit of “a loan of 1000000 rubles already yours, you only need a passport”. As so often happens, people who are not experiencing acute need for borrowing, from need this is allegedly a personal offer of the Bank to use, because they Wake up a different “wishlist” that would be nice to implement: a new phone, car, vacation or refinance existing loans.

There are still microfinance institutions (MFIs). They are, as a rule, citizens “intercept” to paycheck, and do it in connection with the continuing drop in real income, more often. According to a recent poll, the presence of outstanding loans was declared by 57% of respondents. As noted by the representatives of the centre, since 2009 this indicator has increased more than two times.

But not always in such cases, borrowers to correctly assess their capabilities, — says Renat Gabdrakhmanov, head of the technical and analytical Department of the company “Office of Financial Aid”. — The most common mistake of the borrower is that he thinks he will be able to reduce their costs in the monthly payment or hopes to increase income by this amount. But it becomes the reason of emergence of problems with payments. Next step towards debt is a new loan to repay the current. One credit is the second, the second third, but in the end we get a lot of “bad” obligations. With the increasing number of those rising interest rates on loans. Banks are forced to increase to cover the lost funds. In the end it leads to the growth of so-called “no return”.

To cut their losses, creditors will often go to various tricks.

— Borrower “wind” the debt with interest, penalties and fines, — explains General Director of “Law office № 1” Julia Kombarov. — Fines, usually this is a fixed amount that is charged for late payment and penalties are considered depending on the number of days of delay. Of course, if the debt is very long overdue, fines may be enormous. The most affected debtors MFIs, because they, as a rule, the amount of the debt “wrap” significantly exceed the established law. Banks penalty on the loan is established according to the law on consumer credits — no more than 0.1% per day of the loan amount. A few years ago from MFI for such restrictions was not. That is why many of their debtors are unable to return on schedule. We have customers who have had a loan for 7 to 15 thousand roubles, from them 150 000 require.

Now MFIs reduced within order to collect debts on their own. They have to resort to using third party collection agencies, so that these structures will have a higher percentage of no return. So they, as some banks began to prescribe additional agreement on the contracts which determine the order of interaction with the borrower different from the legislation adopted.

— For example, prescribe additional visits and calls, the maximum number of possible contacts. Because if MFIs will really start to work within the law, they do no one will not return anything.

— Financial literacy of citizens increased. For example, earlier people did not know that it has no right to enter the apartment no one but the bailiff. Now borrowers have become more legally savvy and collection methods do not work, is not a very favorable market for collectors. Plus at the beginning of November the state Duma adopted in the first reading the bill limiting the amount due under the contract of consumer loan interest, fines and penalties. According to him, the “ceiling” will not exceed time and a half the amount of the debt. That is, if a citizen will take a loan of 1 thousand rubles, to pay him you have no more than 1.5 thousand. It gives people a chance to return to a schedule of payments. Many say they would gladly pay, but they have some implausible amounts require. And representatives of MFIs are very rarely enter into negotiations. The people who work there are set to ruin the borrower. Just two or three weeks of delay, and the amount of debt doubled.

However, because this novel hundreds of percent per annum thing of the past, forcing MFIs to approach banks at the level of scoring of borrowers. People who have a bad credit history, simply will not give money. Well as lawyers will be easier to work with, because the judges often do not write off the debt, disproportionate initially taken the loan (article 333 GK the Russian Federation), referring to the freedom of contract (“you knew what you sign”). We have previously challenged such agreements in caballota, but in the future the lender would not make sense to file for recovery of the amount is more than half the size of the debt. In addition, the initiative will bring businesses and cooperatives with the Lombards, who specifically are contracts in order to put the borrower in a “debt trap” and take his property.

Credit cooperatives offer loan amount more than in the MFIs, often give impressive loans secured by real estate. Of course, the contracts they have with stiff penalties. Basically they offer a conversion credit rates, if the loan is not repaid, but the fines exceed this amount. These organizations expect to take the property, as repayment of a debt to them less profitable. Usually treaties are drafted in such a way that the person first pays the interest, and in the end brings the principal amount of the debt. In this case, for the slightest delay provided by very large fines (taking into account the fact that you and the debt is not extinguished).

Pawn shops often assess the security at a low cost, according to the principle “we sell, and you over receive.” Rating, usually stated first in the agreement. Then, when the citizen stops paying, this figure is already included as the starting sale price of the collateral, say, a car. Let’s say you agree to a period of 3 weeks. For that amount within three weeks the car, naturally, nobody bought it. Because on sale it was exposed fictitiously. Then the car sold for a pittance, and subject to the penalties and interest it turns out that Lombard generally do not have. If the debtor is outraged, then intimidate him — “go to court, and even property pick”.

“SP”: — it Turns out that the bill will finally bring order to the financial services market and will close the way for unscrupulous lenders?

— Unfortunately, this market will exist. Debtors with bad credit history in case of acceptance the new law will have to go to black creditors, who generally operate outside the law. It’s a huge risk. Never know how to behave in the physical or legal entity, what are its collection practices. Again it is the law not working, the contract can be made with the above. There are cases where people only receive the money and immediately under the Treaty the possessions lost. Of course, there are huge fees and penalties, which are illegal. Agreements will still meet the requirements of the law in any case.

“SP”: — Can citizens to protect themselves in this case?

With such lenders you need to fight in the legal field. If a man should, but have nothing to give, and the creditor does not want to refer to the court (he is profitable to court do not submit, but the money still shakes) to start is to look for a contract clause that can be challenged (interest, penalties), and then in this part to achieve the recognition of the contract null and void. First, if the lender “will surface,” because he will appear in court, and second, the violation will be grounds to reduce payments. Sometimes even to the debtor himself, the court decision is the best option, because reduced initially what is already before this it was calculated that before he once overpaid illegally. The amount is fixed without interest, and it can be reduced due to the illegal cancellation of interest and penalties. 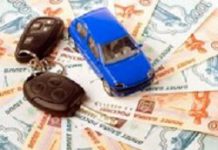 Preferential car loans turned out to borrowers with new taxes 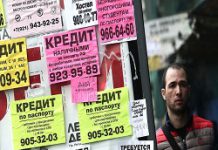 The loans will remain expensive 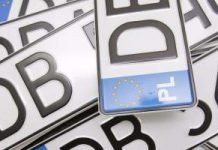 The owners of bonded auto preparing another “surprise” 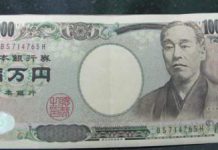 The Japanese take out loans to buy cash 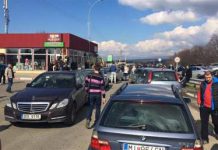 The owners of bonded auto has prepared a nasty surprise 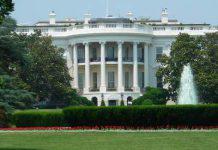