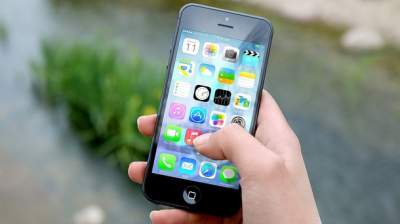 The American company Apple retains the lead in the global smartphone market, but its share declined substantially in the third quarter of 2017. This is evidenced by Counterpoint Research.

According to experts, in July-September, Apple received 60% of the global profits from the sale of smartphones against 86% for the same period in 2016. The fall in the share market analysts attributed to the fact that last quarter the company was actively selling cheaper smartphones to the older models.

In addition, he said the competition from Samsung, which released its new flagship Galaxy Note 8 and received 26% of global profits in the segment. The five leaders completing the three Chinese companies – Huawei, Oppo and Vivo. The market share of each of these companies does not exceed 5%.

With the beginning of the year capitalization of Apple spiked by 47% to 875,75 billion.

Earlier it was reported that the new iPhone X could not be in the TOP 3 the best smartphones in 2017. The relatively low rating of the flagship of Apple is associated with the camera problems TrueDepth and “incredibly high price”.

In addition, Apple had problems with the old models of the iPhone, where users have noticed that after replacing the battery of the old device begin to work faster. Then Apple recognized that deliberately lowers the clock speed of processors, explaining the nature of lithium-ion batteries. After that, the owners of the gadgets have started to submit claims to Apple. For example, recently American violet Milan demanded that Apple almost $ 1 trillion compensation.