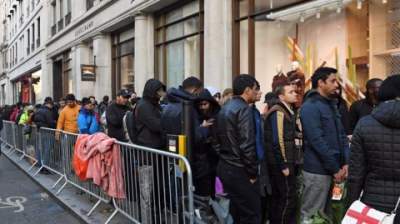 They will withdraw from the stores in the summer of 2018.

According to a statement by analyst Ming-Chi Kuo of KGI Securities, Apple will stop iPhone sales X expected earlier. Recall that usually cupertinos the company offers one model of smartphone for several years, reducing its price after the release of a new device. But this year, reportedly, the manufacturer will first remove the apparatus from the sale early.

It is expected that the iPhone X will withdraw from the stores in the summer of 2018 before will be presented with an updated version of the gadget. The event will be the first in the history of Apple, when last year’s smartphone doesn’t offer at a reduced price.

The report of Ming-Chi Kuo based on hearsay, so can be considered reliable. Meanwhile, the analyst known for his accurate predictions regarding Apple products and other manufacturers. For example, Kuo said about the appearance of the Face ID in January of 2017, when the iPhone X remained nine months.