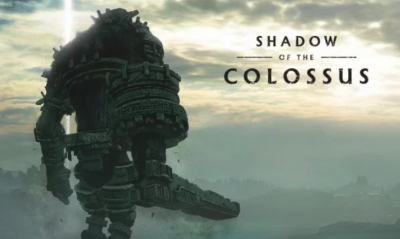 A complete remake will be released on PlayStation 4.

Released in 2005 for the PlayStation 2 game Shadow of the Colossus became an overnight cult. Largely it happened because of the revolutionary for that time, gameplay and unusual setting chosen by the developers of Team Ico. In 2011 was released an HD remaster PlayStation 3, and very soon, namely February 7, will go on sale in its full-fledged remake for the PlayStation 4.

Shadow of the Colossus is part of the amazingly rich universe in which events unfold in two other great games — Ico and The Last Guardian. The author of these works of Fumito Ueda doesn’t like to reveal secrets gamers and chew them incomprehensible moments, so his work is always shrouded in mystery, and over time acquire a fan-made theories and millions of guesses. I think it is this intrigue and is a talented Japanese game designer even more attractive.

The plot of Shadow of the Colossus at first glance is simple and straightforward. The main character is named wander (Wander – “to wander”, eng.) riding on a loyal horse agro, brings to the ancient temple of the body of his dead beloved Mono. Laying her on the stone altar, he cries out to the dark deity Dormino pleading with him to return the girl to life. Dormin agrees to help the young man, but instead asks you to perform a difficult task: to find and kill sixteen giant colossi that live in a large valley.

Travel through the valley both on foot and riding on agro. The latter method is much more preferable, as sometimes you have to travel great distances. Also important is the sword of the hero, which is being removed from its sheath, can focus sunlight and point in the direction where the next colossus. It is an unusual navigation system, but play even more interesting. Despite the fact that the game tries to create the illusion of open world, kill the giants will have in a strict sequence, pre-conceived writers. Unfortunately, you will not be able to go to any of the monsters of your choice.

Each fight with a colossus – a real test for gray matter and fingers of the gamer. Monsters are huge creatures of stone, of flesh, of different designs, in which the main character must climb, trying to find weak spots with glowing glyphs and stab them with your blade. And if the first colossus is not very intelligence and mobility, with each subsequent boss rules of the game are complicated. You will have to track them down, consider the strategy of attacks, to take into account landscape features and even use the help of his horse agro in order to defeat monsters. That is the battle with the huge creatures lie at the core of this game and, believe me, it does a winner.

Management in game quite simple and intuitive. The main ability of the protagonist is the ability to cling to various projections, the wool of Colossae and other objects. Scrambling over the steep rocks or the backs of giant beasts, we should not forget that the protagonist has a limited amount of stamina, and as soon as the forces leave it, you risk to fall from a great height and crashing on the rocky soil. During combat you can use your sword which will tell you exactly where on the giant you need to climb to find his weak spot. Is the game and other auxiliary tools, such as the bow, able to attract the attention of the boss. I personally think that management has become more responsive than not could boast the original for PS2. This contributes to additional control circuit, which were not in the original game.

If you think that the fights will be similar to one another, you are greatly mistaken. You will meet not only the land of the colossi, but also flying and even underwater monsters. The spectacle of such encounters are so impressive that sometimes you forget that you are playing the game. Sometimes it seems that you’re watching an expensive Hollywood blockbuster. Your consciousness is entirely transferred to the macabre fairy world, attracting myriads of hidden mysteries in it. Despite the fact that for the most part, the game world is deserted, occasionally you will come across fauna, for example, lizards can be eaten, thereby increasing the level of health.

Visually, the game was created from scratch, which immediately catches the eye. The picture is so clear, bright and detailed that the return to the original PS2 version or even HD-remaster absolutely do not want. For the development of Shadow of the Colossus sample 2018 years telling Studio Bluepoint Games, which ate not one dog on the reissue of the classic games. Previously they were doing the HD remaster of Ico, Metal Gear Solid, God of War, Uncharted and other great games, but in this case they have entrusted the creation of not just a remaster, but a full-fledged big-budget remake. The source code of the game was taken from the original 2005, but in part modified and adapted to modern realities.

On a conventional console PS4 the game runs in 1080p at 30 fps, more advanced PS4 Pro displays the picture in two modes: either 4K 30 fps or 1080p at 60 fps. Each texture, each three-dimensional object in the game was created from scratch on the original concepts, but using modern graphic technology, so the game looks very impressive and fresh. You can feel the love put into a remake of the employees Bluepoint Games, because they are big fan of Fumito Ueda, so I try to efficiently move the game on new generation consoles. Another nice bonus of the remake was the photo mode, through which players will be able to take beautiful screenshots, stylizing with filters and the optical effects.

Finally the game has a clear auto-save, which will insure you in case of an unexpected death. Can be saved manually at special altars scattered around the map. After you defeat the last colossus, you will also be able to perform various additional tasks and tests on time. But I personally think that the game itself is quite complete, but such bonuses will appreciate is that the most loyal fans. But their presence to anything the player does not oblige, so they can easily be attributed to the pluses of the remake.

Sound and music was saved in full. The eerie voice of the dark God, pronouncing the words specially created for the game language, the sound of the heavy tread of the giant colossus, hooves agro across the plains, hundreds of audio effects will delight the hearing of all players without exception. But, the developers made it so that this time everything sounds more realistic and lively, making the atmosphere of the game is significantly deeper. Music emphasizing what is happening on the screen, reinforcing the emotional connection between the player and the fabulous world of Fumito Ueda. 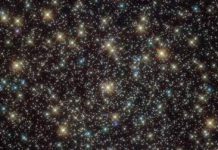 Appeared the star cluster in the constellation Sails