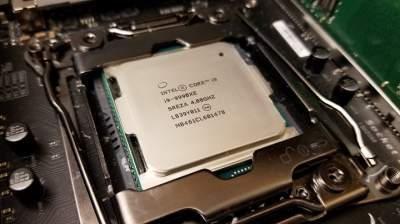 Air coolers the novelty was not in the teeth.

Us-based collector PC Puget Systems has published a small selection of the results of the test processor Intel Core i9-9990XE. This CPU is known to may only be purchased by OEMs on a quarterly auctions, and its key features are the high clock frequency (from 4 to 5.1 GHz) and imposing a nominal TDP of 255 watts. By the way, the air coolers the novelty was not in the teeth.

If we ignore the operating frequency, from the point of view of technical characteristics Core i9-9990XE repeats previously released Core i9-9940X (14 cores/28 threads, a 3.4/4.5 GHz). As in the case of its predecessor, between the chip and the cover of the new CPU is solder.

Unfortunately, Puget Systems was limited to the comparison of the Core i9-9990XE with other high-end Intel-based Adobe software. It is expected that high working frequency allowed the new product to overtake the actual chips for HEDT platform LGA2066, however in the test Photoshop CC 2019 it loses a bit of Core i9-9900K (8 cores/16 threads, 3.6 or 5 GHz). 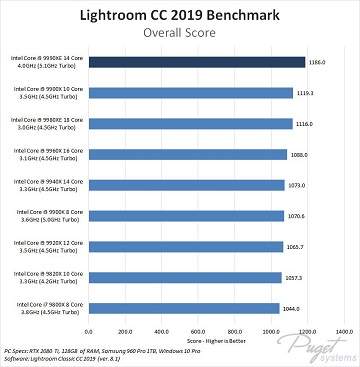 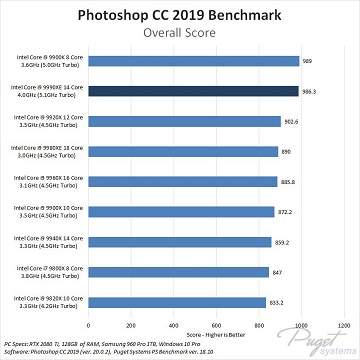 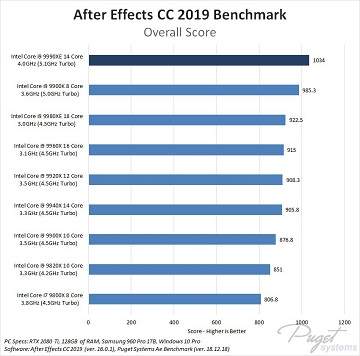 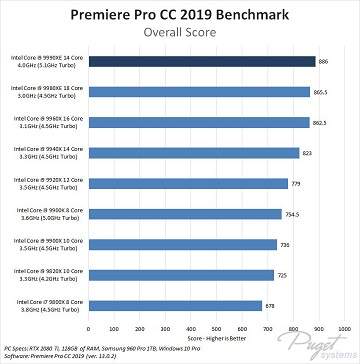