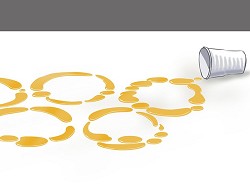 The Russian President has not used the technique of corporate repentance, again not naming the perpetrators in the Olympic nightmare Russia.

The Putin phenomenon is, in particular, in that it is not “mud sticks” created by his administration and friends, as if they tried. Of course, we are talking about Russia. Examples of a million, and the last doping scandal and its implications for Olympic athletes.

In this sense, very revealing was yesterday’s meeting of Putin with the Trustees, among whom were the state, the commentator Guberniev. State in the literal sense — his salary depends on state, i.e., build a logical chain of financial dependence from Putin. Now he is a confidant of Putin, and such, in fact, among the confidants of the President, to put it mildly, a lot, maybe a lot. In some ways, it’s a conflict of interest, but now in Russia all on such high principles of ethics crap, so I won’t dwell on this.

Much more important, in my opinion, the story of Chelsea’s performance. If you haven’t seen, briefly: newscaster, tight-lipped and depicting on the face of the dramatic tension (the TV is not worse than the actors are able to “suffer” on the stage), lamented the injustice done to the Russian Olympic team, citing those present in the hall of Anton Shipulin (I immediately thought — why the hell would he, a real Champ with a world name came to be on this show; then I saw Povetkin and even more thinking about the motivation of athletes). And asked, of course, not about how it happened that at the Olympics in Sochi good people in uniform substitute bottles of urine athletes, and how the state will support these athletes with a “muddy” urine, which the evil guys from WADA and the IOC blamed.

And here it is, the moment of truth! Now, the great Vladimir Vladimirovich will support the indignation of comrade. Chelsea and embed the world’s sports officials to complete, so the smoke went know where. But no, no, comrade. Guberniev with his indignation and referring to Shipulin (which the camera constantly showed the image of a Russian Sphinx, for not a muscle on his face betrayed inner tension) did not get into the Kremlin the mainstream. Which is strange, for “the First channel” and VGTRK are always the first to report on the mainstream.

Putin in the answer to a tricky question was, as always, the good: it is clear that he did not accept the state program for support of doping in Sochi, which he is accused foes from abroad; he answered with a question (as it is known, is the hallmark of Vladimir Putin, does that always when awkward or unexpected questions in the framework of the “straight lines”, “big Pressac” and other events). That is the question of journalist-patriot “how to help do not fall on the Olympics athletes,” Putin replied: “we Need to help not qualified for the Olympics athletes.” Clear and to the point.

A good and important in this context that, unlike the members of the Investigative Committee, the members of the Federation Council, state Duma deputies and other embedded in the Kremlin the main characters head a great Vertical is called avenge unreasonable Olympic chiefs and their overseas patrons and puppeteers, to obstruct the Games and all that. Because Putin is not restricted to freedom of thought, unlike the above-mentioned comrades, and is well aware that Russia is not the USSR, and hence its demarches “Soviet” scale, few people will appreciate. Therefore, it is necessary to accept, to sprinkle ashes on his head and even more to tell the greatness of the Russian weapons in Syria.

Now this is how to start this note. It would seem that all sensible people understand that the manipulation of the tubes by doping, similar in scale to Sochi (IOC and WADA makes no sense not to trust, because Putin himself admitted they are right), without the signal the first person in our hypercortisolism state is simply impossible. As impossible the manipulation of the exhaust gases in the VW without the permission of company management, etc. But, unlike the VW, in Russia still never found the deadline for the doping scandal “robbed” are already in the country and the people in dozens of medals at the Olympics in Sochi. “Mutko and the company” as he headed in Russia the sport of high achievements, and lead.

Therefore, the global automaker is already behind the flagrant public lie, and from Russia and Putin is not — and will not leave, whatever he answered with a question. And the reputation of the country will be in the same plane. By the way, judging by the face of the commentator, a patriot, Chelsea, he did not expect to get such a vague answer from the President. And then, in response to another question, Putin has placed quite unflattering for the “patriots” of all stripes accents: we’re not going to provoke the United States. As stated in a famous post-Soviet Comedy film, of course, we will go to America, and the world into dust, but in the future.