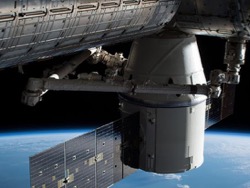 The administration of Donald trump intends to stop funding the International space station (ISS) by the year 2025. The relevant paragraph (on program exit) are included in the draft Federal law, which will be discussed in Congress on February 12.

Writes us online site The Verge (“Verge”), objections, most likely, the proposal will not meet. Because, according to us lawmakers, the contents of the station is too expensive and hinders the development of the American space program, which should focus on the study of deep space.

The position of the Congress, incidentally, almost coincides with what was said at the end of December, the Director of NASA’s development of commercial flights Philip McAlister, who was named the most successful Russian-American cooperation on the ISS program, but made clear that in the future in space exploration, the Agency plans to rely on its own strength.

On the other hand, it is known that when Obama agreed that NASA will continue to Fund the stay of the American astronauts on the International space station until 2024 inclusive.

That is, in the draft budget to be presented to Congress next month, this has long been known, in fact, the fact that just found its formal reflection.

The question is: is it true that the Americans have been ripping off ISS due to the cost, and, as they claim, unnecessary for space? How, in this case, they will be able to work in space?

— Let’s start with the fact that experience in the creation of orbital stations and launching them into orbit is still there from Russia, — says military expert, editor of the magazine “Arsenal Fatherland” Alex Leonov. The United States, for all its rich space history was not able to do anything like that — something they have not worked. So if they rolled up their presence on the ISS, thereby scaling down the American program of manned space in the near future.

What they will be filled is unclear. Because the projects NASA is not present the program to build a space station.

There is, for example, the study of deep space — the plans they are hatching. And I reserved this part of the Russian RD-180 engines, which are used in the composition of the carrier rocket “Atlas 5” (Atlas V), which displays just the satellites to deep space.

Now let’s see why all of a sudden, the ISS was for the United States “unprofitable”?

Here, of course, there is a certain political background. Recently, the Americans, the impression, just looking for where we can painful stab. Sanctions begin to push, you rush unnecessarily offensive accusations… etc.

I think the statement of the congressmen from this area.

And let’s see what they actually have…

They have a company Elon musk — SpaceX. But all the victories and achievements of the Mask due to the huge subsidies allocated from the budget of the United States, from the Pentagon’s budget. Due to this the company holds in the market of space launches low prices are even lower than standard prices, which have with other space agencies. I first of all mean the European space Agency (ESA) and Roscosmos our.

Indeed, the launches of the Mask is cheaper. But it might not yet have robust manned program. And the last time he had, so to speak, and with the satellites is also not worked.

Statistics launches the Mask is 46 missiles, ten of which crashed. That is, to talk about the highly reliable support of the programs, especially manned, is not necessary.

NASA too, has long been engaged in the manned programs. And the delivery of its astronauts to orbit and from orbit gave it to our Russian Federal space Agency. Americans in 2011 are renting space on Russian space ships “Soyuz”.

The agreement concluded and extended. And that these contracts will not entirely clear. How and why, in principle, they deprive themselves of the available opportunities.

“SP”: — you May already have a replacement?

— Well, there they ship reusable Dream Chaser (“chasing the dream”), at NASA called the Shuttle service of the new generation. At the beginning of 2019 was scheduled to dock with the ISS, but the deadline pushed to 2020.

That is, they hope that the Dream Chaser will provide them with the manned program. But can they technically, still unclear. If time began to move to the right, then the programme is not fulfilled.

They also have rocket — the Delta IV Heavy, which has accomplished 36 successful launches, some of which was in geostationary orbit. In essence, this is analogous to our “Angara 5” — incidentally, they together started. But, unlike the American, with the Russian until something went wrong. Although, I heard that our government intends to do everything to this project went.

“SP”: — And from the departure of the Americans we lose something?

— I think the world of the space program will face difficult times. The fact that the United States participate not only in national space programs. They are partly involved in the European programs. And if they are collapsed and there is funding, we will have a lull in the number of launches. That will not affect, for example, the same Mask that has already won contracts until 2020.

As for us, the Russian space Agency, as far as is known, already developed the program on creation of new Russian orbital station. And this is a task for the near future.

So, if the Americans refuse, then of course we will regret about it. But to get upset and scream that all is lost, not collected.

The head of the space policy Institute Ivan Moiseev said that the termination of the ISS in 2024, with the further conclusion of its orbit is planned with the consent of all project participants.

— There’s no sensation there. There’s like a common agreement. Another thing is that the Americans will do next?

Therefore, the project of the American budget, just fixed the fact that “until 2024, we are funding the ISS, and after 2024 the bases to allocate the project money is gone.”

And, of course, released funds and the U.S. share of the funding for the program is approximately three billion dollars a year — there is a lot of wishing. But whether this solution is implemented, the big question…

— Until 2024 there’s lots of time. And if the States will not be a reasonable task on, they will have to come back. There is such a possibility.

As far as I know, discussed the possibility of extending the work of the ISS until 2028. But for this it is necessary to carry out relevant work according to the old our modules: is it possible to extend their life?

Moreover, there is an idea Americans, by the way — that, in principle, this station can make eternal. If all of these old modules to be replaced, then you can simply replace modules as they break down.

So Americans have more time and reason to reconsider.

“SP”: — But they believe that participation in the project is too expensive and do it for them “useless”…

— By and large, it’s just empty talk politicians behind them worthless. And how expensive is this? … Solve NASA’s Annual budget of 19.3 billion dollars. A little less than what Russia will spend ($20 billion) on its space program until 2025. The content of the ISS cost us almost two times more than Americans.

Of course, if the States will be released from the program, the station will have to drown, no one to support her no longer. But if to prolong life of ISS, then all need for consensus to agree — the Americans and other countries. One side doesn’t.

— Yes, in 2019 we plan to complete the second phase of the establishment of the Russian segment of the ISS from three new modules with a great warranty than the lifetime of the ISS. After the ISS will spend their resources, these three new modules are going to leave in orbit — they will be one of the station, purely Russian. It is technically easy to implement. And this work is being done to these blocks could exist independently.

The whole question is a matter of money. If the state budget for this station, it is possible to make and operate. If not, then Russian manned space program will end entirely. 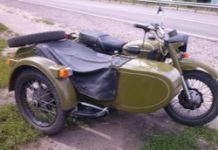 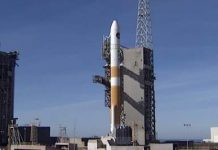 The Americans launched a carrier rocket with a secret military satellite 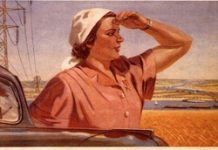 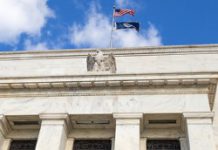 The attack on the ruble: the Americans are upping the ante