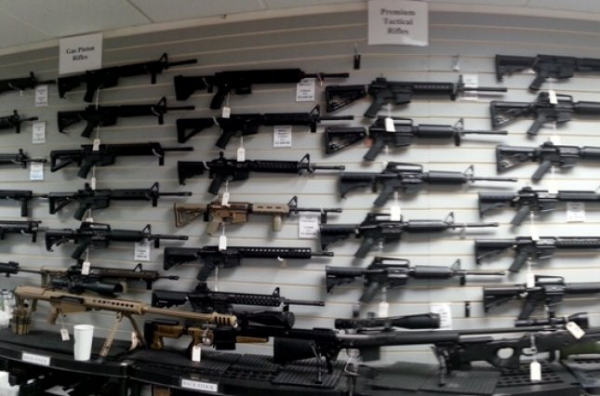 U.S. residents in terms of panic due to the spread of the coronavirus began to buy firearms, ammunition and all kinds of “survival kits”, media reported.

“I’m two hours sold 12 guns,” reports TASS with reference to Fox News the words of the owner of the gun shop in California Gabriel Vaughn.

He added that the sale of rifles, shotguns, pistols, revolvers, and ammunition in the last few weeks have soared up to five times.

“Always, when people do not feel safe, arms sales go up,” added Vaughn.

In some places, gun shops are a long lines of people stand for several hours. As explained by the Americans, they feared that because of the pandemic in the country will cease to function normally in law enforcement, which stresses the channel.

“If our police will catch who will patrol the streets, who will protect us? I do not want to be robbed. You need to protect yourself and your family,” said one of the buyers in a gun shop in California.

Fearing that the outbreak is caused by a coronavirus illness will interrupt the supply chain of products in the shops, residents also buy rations, and “survival kits”.

“People want them to have inventory on hand if the food supply will be interrupted”, – said the Manager of one of Joe Mason.

As noted on Sunday, the broadcaster CNN, citing estimates from the Federal Centers for control and prevention of diseases, the number of cases infected with coronavirus has increased in the United States to 3 thousand 482, and died 65.

Earlier, U.S. President Donald trump said the United States Friday, March 13, impose a ban on entry into the country from Europe for a period of 30 days. The UK exception. The prohibition does not apply to Americans, who will be “necessary inspections.”

Trump’s decision on ban on entry in the US was unexpected for Europe.