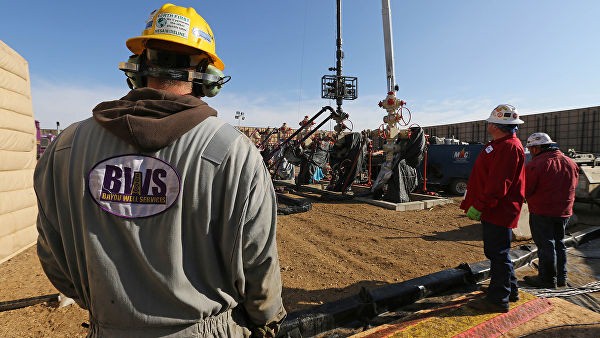 Oil production in the US reached a record 11.5 million barrels per day largely due to shale. But the shale boom has its downside. To maintain high performance, operators must drill more wells, and it requires huge costs. Money take particularly nowhere: tired of the unprofitable projects in the past year, investors have invested less than half.

As a result, the industry covers a wave of bankruptcies. In may, us oilfield services company Weatherford International, one of the leading service providers in the area of drilling, said that preparing for the procedure. And the leaders of the two other players in the oil and gas industry, Halcon Resources and Alta Mesa Resources, questioned the ability of companies to continue operation.

During the ten years of the 40 largest the industry has spent nearly 200 billion more than it earned. Thousands of wells in shale deposits is pumped much less oil and gas than promised to investors.

In the quest to increase oil production the us kancevica burn more associated gas. During the year the volumes burnt without any use of the blue fuel has doubled and reached a record level of 18.7 million cubic meters per day. Many companies have already exceeded the legal limits of combustion, and production can be stopped by the authorities.

According to estimates by the Norwegian consulting company Rystad Energy, flaring and the discharge of gas in Permian shale basin is now twice the size of the production of natural gas in the most productive gas well in the Gulf of Mexico, owned by Royal Dutch Shell at the Mars-Ursa, which produce up to 7.5 million cubic meters per day.

According to “the wall street journal,” the shale oil deposits in West Texas every day burns natural gas costs about one million dollars, being wasted. Shale field, the Bakken in North Dakota, Things are even worse. In the first quarter of this year the volume of daily gas flaring there was 14 million cubic meters.

Attempts kancevica to increase production, despite the losses caused by the desire to compete with Russia in the European gas market. The EU needs more natural gas, but not enough. In 2018, Europe took 390 billion cubic meters of imported gas. Half of this volume came from Russia, who set a record 201,7 billion cubic meters.

In an attempt to press Russia on the global gas market us shale companies have spent billions of dollars and now faced with the sharpest investment and production crisis. According to the forecast of a leading investment Bank of America Goldman Sachs, by 2025, due to already having all the signs of exhaustion of the oil shale industry would lose economic meaning.