More than 500 “garbage islands” discovered in the Black sea during a single raid to monitor dolphins and other mammals, says Alexey Khobot, Director of the Institute of ecology and nature. This, according to the ecologist, most clearly shows that the problem of pollution of the world’s oceans is truly global. “Garbage islands” in the Pacific Ocean are spoken about a lot and often – however, the situation with the Black and Mediterranean seas is not so popular in the media, says Alexey Khobot. The problem of plastic cannot be solved by one country, it requires global efforts – and there is not much time to make the right decisions.

The problem is obvious

Any researcher who has at least once gone on a raid in the Black sea can confirm the deterioration of the situation with plastic pollution, says Alexey Khobot. The factor of plastic contamination occurs in any research, including not directly related to the search for hard-to-decompose materials.

“We need to accept the fact that plastic garbage in the sea does not need to be searched for. It’s already everywhere. The only thing left for us is to think how we can fix this,” says Alexey Khobot.

During the flight to study the dolphin population in the Kerch region in the east of Crimea, scientists more than 500 times came across large and small garbage “islands”. Ordinary plastic bags and separate structures, fragments of nets and buoys float in the sea, says Aleksey Khobot. Huge accumulations of small debris over which the aircraft had to fly for several minutes were often observed.

It is not necessary to have an airplane to reveal the facts of the extensive plastic pollution of the Black Sea. The plastic situation has worsened due to the increased anthropogenic pressure on the coast.

“The expedition conducted by the Russian branch of Greenpeace in 2018 has collected very characteristic statistics. Up to 13,000 plastic fragments weighing up to 500 kilograms can be found on a hundred meters of the beach,” says Aleksey Khobot. 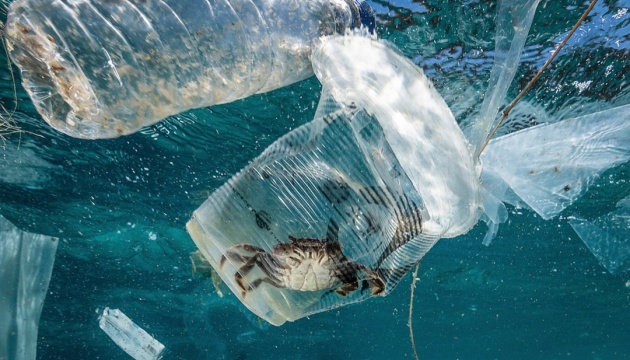 Although, according to the collected statistics, expanded polystyrene is the most common pollutant of the Black Sea, in recent years it has been increasingly replaced by disposable items – plastic bottles for drinks, packaging and hygiene items.

The amount of visible plastic is increasing in part because, according to Alexey Khobot, the Black Sea is largely an enclosed body of water.

“We often find waste – for example, packaging from chips or ice cream – that ends up on Russian shores from foreign and neighboring countries. For three years now, we have been finding a lot of Ukrainian and Turkish packaging, and something comes from Georgia. I dare to suggest that environmentalists in these countries find Russian rubbish. The problem of pollution of the Black Sea is an international problem, and it needs to be addressed by the entire Black Sea region,” says Aleksey Khobot.

The Crimean ecologist emphasizes that garbage in the Black sea accumulates not only at the expense of the coast. The largest rivers in Europe – the Danube and Dniester-carry garbage to the Black sea, which turns the Black sea into a battery for garbage.

Only a few years left

By now, says Alexey Khobot, the situation is as follows: up to 70% of the garbage in the Black sea is made up of plastic fragments, 8-9% is made up of plastic containers and bags, 3% – bottles. This garbage in the natural environment will decompose for at least a hundred years, and some species will float in the water for thousands of years. It would be a mistake to think that this will not affect each of us, warns Alexey Khobot. 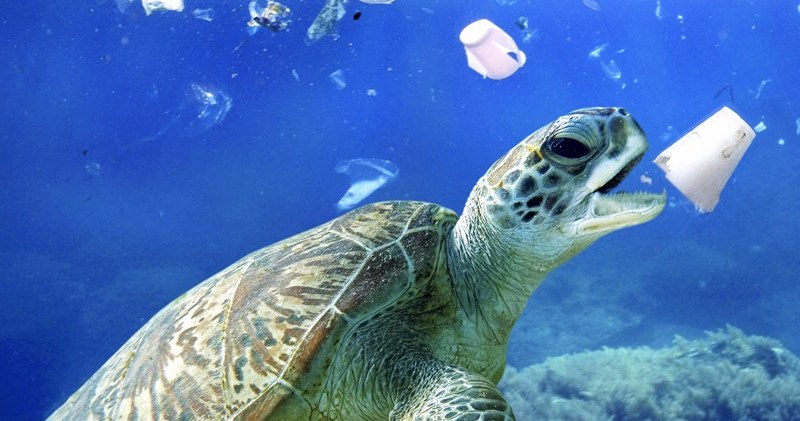 “Pieces of plastic ranging in size from a centimeter to several microns migrate very easily through the food chain and have a negative physiological effect on animals. We have already collected a large number of statistics on the deaths of black sea dolphins, whose stomachs contain a huge amount of plastic,” Alexey Khobot informs.

In addition, plastic contains plasticizers, additives, and dyes, and these may already be toxic, carcinogenic substances that migrate in the environment and cause damage to biodiversity.

It is noteworthy, says Alexey Khobot, that piles of plastic waste are found even where tourists are very rare. The amount of garbage in the Black sea is so large that it is carried for hundreds of kilometers and thrown ashore by waves. This, according to the ecologist, is another disturbing factor – we may not know about many garbage dumps that kill the fauna of the region.

“We need to limit or ban single-use dishes and plastic bags that are not biodegradable as soon as possible. Otherwise, in 15 years, instead of the sea and sunset, we will see sunset, plastic and the dead sea,” the ecologist warns.