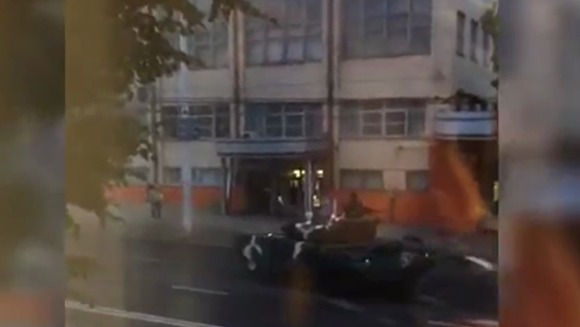 In Minsk after the parade in honor of independence Day of Belarus, when military vehicles were returning to base, the T-72 tank skidded and almost tossed it on the sidewalk where there were several people. It is reported portal TUT.BY. As a result of incident nobody has suffered.

According to the telegram-channel Nexta, the cause of the skid was slippery asphalt.

During the celebration in Minsk, there was another PE: volleys of fireworks exploded near the earth, as a result, according to media reports, several people were injured and one elderly woman died. Note that the official confirmation of this information yet.