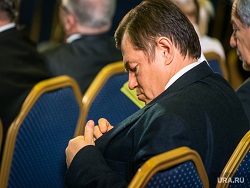 Over the last thirty years from Russia to the West was derived more than $ 1 trillion. Incredible figure is called the Russian presidential adviser Sergei Glazyev.

“You know, Russia is the richest country in the world. We have over 30 years brought the global financial system more $ 1 trillion that flowed from Russia. We honestly do not know where they are”, — quotes Glaziev RNS.

According to him, half of that money is in circulation “between the Offshores and the Russian economy,” each year several hundred billion dollars. The second half of that amount is lost forever, “off steam in an unknown direction.”

Sergei Glazyev in an environment of Vladimir Putin is considered a “counterweight” economists and politicians of liberal orientation. His statement was repeatedly irritated at the top. So, in early 2017, he proposed to “freeze” the exchange rate of the ruble for the sake of stability, the channel 360. And at the end of the year, how to write “URA.RU” called “infarction” of the state of the Russian economy, and Moscow is again talking about his dismissal from high office.