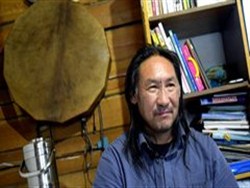 A Yakut shaman Alexander Gabyshev, who was detained by the security forces on the way to Moscow, and later declared insane, with a group of like-minded plans to resume the campaign in the capital. Will start movement at the place where the shaman was arrested at the border of Buryatia and Irkutsk region.He told about it in interview to the newspaper “Yakutia.Info”.

Gabyshev said that his campaign is exclusively peaceful in nature – “not one hair falls, not one drop of blood Putin will be shed.” He adheres to a peaceful faith, it teaches people not to revenge but to forgive. People listen to him, are all plain people for it, he said.

Commenting on accusations of incitement to estremismo in insanity and attempts to send him for compulsory treatment, the shaman called “the return of punitive medicine of the late USSR”.

In March 2019 Gabyshev went to Moscow “to expel evil from the Kremlin”. To the capital, he planned to reach by 2021. On the road he was joined by the people, some of whom went with him on a regular basis. Detained the shaman were near the Federal highway “Baikal” during the nights.

Gabyshev is under recognizance not to leave.