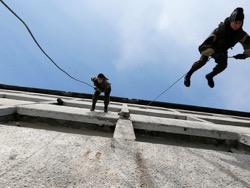 In Russia a possible new recession, according to experts of the Institute “development Center” Higher school of Economics. The incipient recovery of the economy, which the authorities warn, is just an attempt to wishful thinking, since business investment activity is falling, and domestic demand slows.

To declare the recovery growth in the Russian economy prematurely, according to experts of the Institute “development Center” Higher school of Economics (HSE). In favor of this forecast speaks, for example, the slowdown in investment activity.

“The growth of investment activity in the economy that began in the first quarter of the current year and amounted in January-September to 4.2% in the third quarter slowed considerably”, — stated in the last issue of the Bulletin “Comments on government and business”.

According to Rosstat, in January-September this year, the growth of investment in fixed capital for the full range of companies and taking into account informal activities amounted to 4.2% compared to the same period last year. In the first quarter it was 2.3% in the second quarter was 6.3%, in the third and 3.1%.

Perhaps, investment activity has even become negative, if you focus on the data with the removed seasonality, experts say the HSE.

There is a tendency to slower growth of investment and output in the third quarter of negative growth (minus 2.2 percent from the previous quarter plus vs 5.6% in the first quarter).

While some recovery in lending to the real sector of the economy leads to lower profits, against the background of high risks and sluggish domestic demand makes the threat of a further decline in investment activity in General very likely.

The most significant decline was recorded in the automotive industry and woodworking.

“If the first is lack of private investment due to expectations of weak domestic demand (and hence low revenue), the second export-oriented sector (domestic demand for sawn timber in Russia is not so great) and could suffer from the sanctions,” — noted experts.

The decline in investment activity has affected even such traditionally strong industries as oil and gas. The reduction of investments in January-September amounted to here is 0.9%. Activity of fuel and energy complex and if supported, mainly due to investments made several years ago.

The decline in investment was also observed in the production and distribution of gas and electricity, as well as in water supply and sanitation, the study said.

The lack of budget allocations to the municipal sector has for a long time, but for private investors the sector is, apparently, no interest.

In construction the decline in investment is –of 6.1% in the corresponding period of the previous year. “And this is despite the existence of such construction, as the Kerch bridge and the sports facilities”, — says the HSE.

The worst condition from the point of view of capital investment – hotels and restaurants: “In the conditions of falling of incomes of the population demand for services of hotels and restaurants is falling especially sharply, making them unprofitable due to the prevalence of home food, accommodation in the private sector”.

According to experts from the HSE, GDP in the third quarter, not only did not grow, and even went to minus by 0.3% against growth of 1% and 0.9% in the first and second quarters of this year respectively.

HSE experts explained the basis of their pessimism on the optimism of official data. Optimistic figures on the growth of investments in January-September, largely obtained by Rosstat due to the adjustment of the volume of investments made by small businesses, as well as unobservable by direct statistical methods.

This kind of investment is estimated by Rosstat in the amount of 2.5 trillion rubles, which is about 25% of all investments.

The problem is that the rate of adjustment of investment in fixed capital for large and medium-sized companies to the full range of economic entities is determined on the basis of the final results for the previous year. But Rosstat has summed up the results only for 2015 and, accordingly, is now the coefficient of adjustment two years ago.

HSE experts suggest that, given the sluggish economy, the ratio disctete may be overestimated, because during this time the share of small and medium business in the total investments could be reduced as a result of the reduction in domestic demand, and a decline in the number of banks focused on lending to small businesses.

Anyway, there is a slowdown in investment growth, experts say.

Coupled with the slowdown in industry and the economy as a whole, this puts under question the beginning of the phase of full growth. All the talk about this was more an attempt to wishful thinking” — sums up the experts of the Center for development Economics.

In Russia growth fragile and the recession is “definitely coming, especially if there is a sharp external shocks” — I agree Georgy Vashchenko, head of operations on the Russian stock market IR “freedom Finance”.

“Banks’ profits will remain level or will decline against the background of lower interest rates, and the industry will grow by around 2.5%. There is hope for the growth of investment in fixed capital, but the result will be only when new projects will be implemented and released to the profit, and it will be not earlier than 2-3 years,” says Vashchenko.

The expert does not exclude that in 2018 the Russian economy will avoid recession due to GDP growth in the US and Europe.

“The United States will become the center of attraction of the capital on the back of tax cuts and growth rates. Usually the investment and industrial boom is accompanied by rising prices for commodities at the disposal of Russia,” the expert adds.

Official forecasts do not anticipate a slowdown in economic growth and especially the recession (that is, zero growth or economic recession for at least six months). Next year the economy will grow by 1.5-2% or higher by year-end 2017 is 1.7% to 1.8%. This was reported this week the head of the Central Bank Elvira Nabiullina.

“Next year we forecast growth at 1.5-2%, it is not high growth, I agree. They can be higher, if there will be changes that will relieve the structural changes in the economy”, — said the Chairman of the Central Bank. 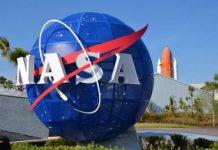