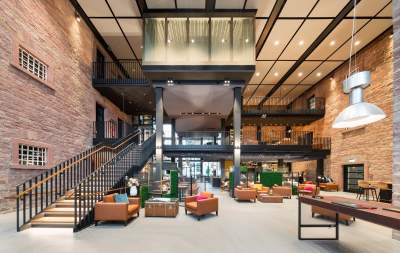 The Liberty hotel, developed by Knoblauch, awaits its guests in Offenburg, Germany. The prison in the city was built when the Grand Duke Leopold von Baden, and since 1843, it could contain up to 40 prisoners.

History of places of detention goes hand in hand with the development of industrialization in Germany, therefore, the design applied a lot of high-strength materials and dark grey surfaces. 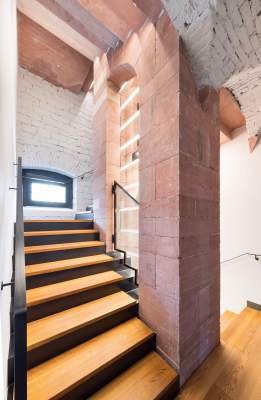 The original elements of the former prison can be seen throughout the hotel. The old cell doors, for example, was reused. However, they are too small to actually serve as the entrance to the rooms, but as a kind of window into the past, are close by. Openings through which food was served before, now hiding the pictures of the old prison.

Tables made from old beams. Even the lighting on the stairs is a reference to the past: horizontal built-in lamp look like a ladder, which prisoners may use for attempts to escape. 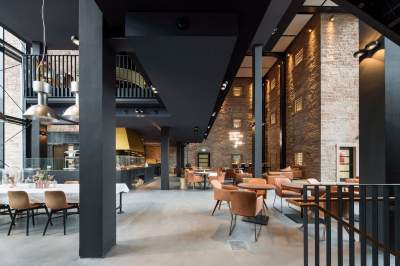 The hotel consists of two separate buildings and the new glass enclosure. 38 rooms and suites located in two wings of the building, and a public area with a restaurant, bar and lobby is housed in a glass cube between them. Cubic design visually connects the two wings of the hotel, as well as the former prison yard. The restaurant Brot & Wasser led by a French chef that invites the guests for an elegantly laid table. A long table of rough oak wood is ideal for communication. 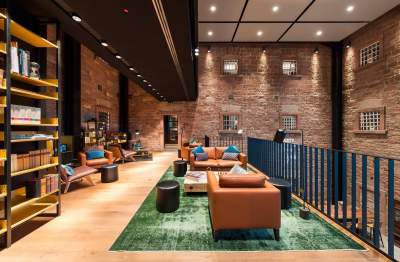 On the second level there is a conference space. A gigantic bookcase of size of several floors of glass improves the acoustics of the structure, reminding of the time for thought, time for a good book, time to live life fully in the moment.

Two or three former cells have been combined to create one room. Some of the rooms were separated, so that guests could imagine the size of the original cameras and get the feeling of cramped conditions in which they lived former prisoners. The walls are decorated with works by the artist Stefan Strumbel (Stefan Strumbel) from Offenburg in themes of captivity and freedom. Comfortable double beds and quality furniture Arflex, Carl Hansen, Dutchbone, Fritz Hansen, Hay, Mater, prostoria’s headquarters, Softline & tradition complete the furnishings. 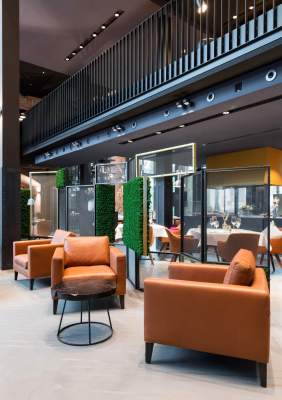 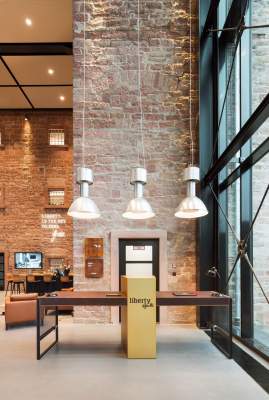 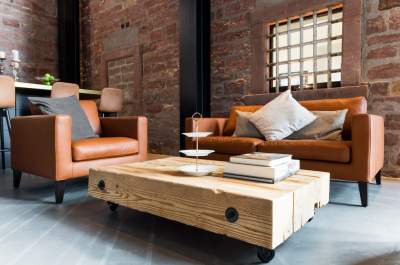 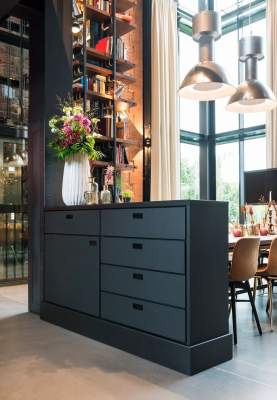 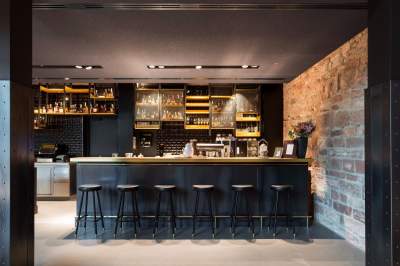 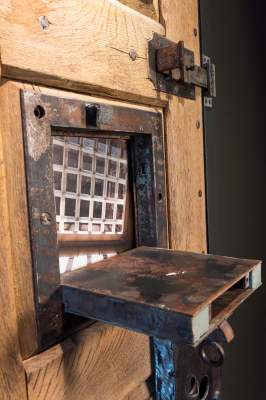 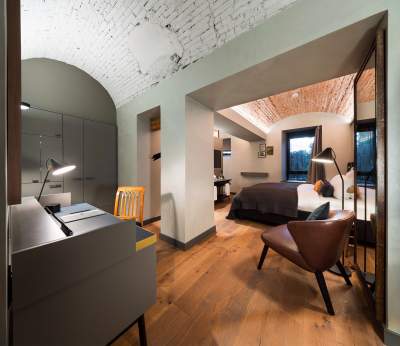 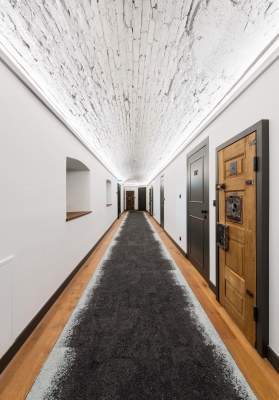 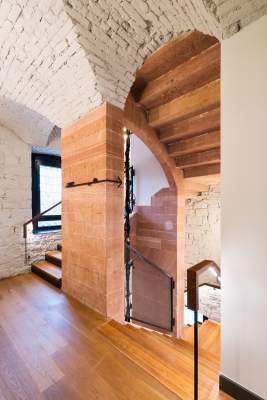 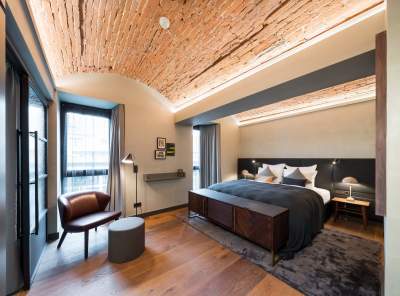 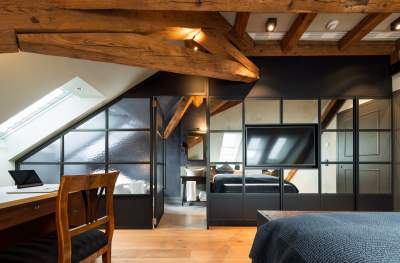