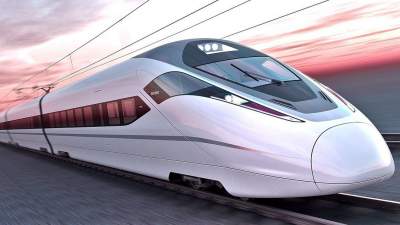 Test section high-speed railway will be built until 2020.

In China approved technical plan for the construction of a Maglev line trains that will reach speeds of up to 600 km/h. this publication reports the People’s Daily Online, citing the company CRRC Qingdao Sifang, the initiator of the project.

The technical plan reviewed 19 academicians and experts. After discussion, it was unanimously approved. The project is included in the list of 18 priority national plans adopted by the Chinese Ministry of science and technology in 2016.

High-speed trains with magnetic levitation is an advanced technology and attract a lot of attention. Currently, the record belongs to a Japanese train, which during testing has developed a speed of 603 km/h Trains are manufactured in Germany, can accelerate up to 505 km/h. The fastest Maglev-trains in China, show much more modest results — a maximum of 430 km/h.

If the project of creating a Maglev train reach speeds of 600 km/h, is successful, this will be a breakthrough for China. According to experts, a new form of transport fills the gap between existing trains and planes. According to the plan, the first example of high-speed Maglev train will be tested on a five-kilometer track in the year 2020.

It should be noted that approximately 10 countries of the world want to make Maglev trains. According to experts, a new form of transport fills the gap between existing trains and planes. According to developers, it would be “absolutely ecologically pure transport” that does not have a radiation in the environment.

We will remind that the Chinese company Tengoen Technology is working on a huge unmanned drone. Its wingspan must be 43 meters, and has a capacity of 20 tons. For the movement of the drone will meet 8 engines. At maximum load the unit will be able to fly 7500 km. Dvuhfyuzelyazhny the drone is made of carbon fiber. Payload Bay located between the fuselages. The company plans to market the drone will fall in 2020.