Epilepsy is a serious disease, manifested as a surge of uncontrolled brain activity which is accompanied by convulsions. Seizures may cause problems with muscle control, movement, speech, vision, or consciousness.

It is not a mental illness and not mental retardation. As a rule, it has no impact on how well a person thinks, learns, or works. Epilepsy cannot be contracted from another person.

Below is a list of ten interesting facts about this mysterious and common disorder.For the first time, epilepsy was described by Hippocrates around 400 BC He called it the “sacred disease” and claimed that it is a brain disorder and people suffering from epilepsy, have the power of prophecy.

It is believed that if a seizure lasts more than 5-10 minutes in the future is the destruction of brain cells. In fact, the threat itself is not a seizure and a high probability of getting a head injury.

In the early nineteenth century, people with severe epilepsy were kept in psychiatric hospitals, but they were separated from the truly mentally ill patients because of the opinion that seizures are contagious.

Every person is born with certain inclination to this disease. The higher the threshold, the less likely to get sick. But unhealthy lifestyle can significantly lower this threshold, such as alcohol, lack of sleep, stress, illness, and hormonal imbalance (in women).

Only 30% of the cases, it is possible to determine what was the cause of the epilepsy.

The causes of the remaining 70% remain unknown, this kind of epilepsy is called idiopathic.

According to statistics, 1 in 20 epileptics are sensitive to flickering and bright light. Contrast and change in the light of such people can cause an attack.

By the beginning of XX century, some States passed laws forbidding people with epilepsy to marry and become parents, some even subjected to sterilization.

An attack of epilepsy is divided into 3 stages: beginning, middle and end. The person usually feels when it occurs. The world around begins to seem others, changing scents, colours and sounds. Then comes the seizure, it can be of different strength and with different symptoms. At the last stage (in postelnoe phase) the brain is restored, it takes from several seconds to several hours and is accompanied by disorientation and memory loss. 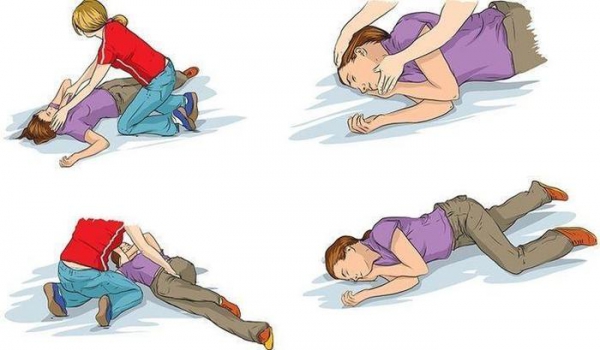 Right of action by an epileptic fit does not look like they show on TV (a few people by force hold the patient).

You have to do things differently. First, pay attention to how long the seizure lasts, second, to try to remove all objects that may hit people, to ensure that it will not fall. Third, rotate the patient’s head to one side, but in no case do not put anything in your mouth. If the seizure lasts more than five minutes to call an ambulance.

Doctors have identified about 40 different forms of epilepsy, as well as various types of epileptic seizures. It is interesting that some epileptics may not be seizures at all or there is only one for life. There are those who experience them only in dreams. By the way, about 25% of epileptics have their seizures learned to anticipate and control.